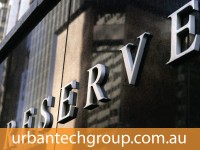 Recent information suggests the global economy is continuing to grow, though at a slightly lower pace than earlier expected. While several advanced economies have recorded improved growth over the past year, conditions have become more difficult for a number of emerging market economies. China’s growth rate has continued to moderate.

Commodity prices have declined further, especially oil prices. This partly reflects slower growth in demand but also very substantial increases in supply over recent years. The decline in Australia’s terms of trade, which began more than four years ago, has therefore continued.

In Australia, the available information suggests that the expansion in the non-mining parts of the economy strengthened during 2015 even as the contraction in spending in mining investment continued. Surveys of business conditions moved to above average levels, employment growth picked up and the unemployment rate declined in the second half of the year, even though measured GDP growth was below average. The pace of lending to businesses also picked up.

Inflation continues to be quite low, with the CPI rising by 1.7 per cent over 2015. This was partly caused by declining prices for oil and some utilities, but underlying measures of inflation are also low at about 2 per cent. With growth in labour costs continuing to be quite subdued as well, and inflation restrained elsewhere in the world, consumer price inflation is likely to remain low over the next year or two.

Given these conditions, it is appropriate for monetary policy to be accommodative. Low interest rates are supporting demand, while regulatory measures are working to emphasise prudent lending standards and so to contain risks in the housing market. Credit growth to households continues at a moderate pace, albeit with a changed composition between investors and owner-occupiers. The pace of growth in dwelling prices has moderated in Melbourne and Sydney over recent months and has remained mostly subdued in other cities. The exchange rate has continued its adjustment to the evolving economic outlook.

Over the period ahead, new information should allow the Board to judge whether the recent improvement in labour market conditions is continuing and whether the recent financial turbulence portends weaker global and domestic demand. Continued low inflation may provide scope for easier policy, should that be appropriate to lend support to demand.