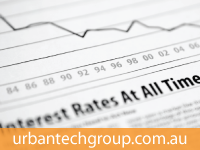 At its meeting today, the RBA Board decided to leave the cash rate unchanged at 2.25 per cent.

Growth in the global economy continued at a moderate pace in 2014. A similar performance is expected by most observers in 2015, with the US economy continuing to strengthen, even as China’s growth slows a little from last year’s outcome.

Commodity prices have declined over the past year, in some cases sharply. The price of oil in particular has fallen significantly. These trends appear to reflect a combination of lower growth in demand and, more importantly, significant increases in supply. The much lower levels of energy prices will act to strengthen global output and temporarily to lower CPI inflation rates.

In Australia the available information suggests that growth is continuing at a below-trend pace, with domestic demand growth overall quite weak. As a result, the unemployment rate has gradually moved higher over the past year. The economy is likely to be operating with a degree of spare capacity for some time yet. With growth in labour costs subdued, it appears likely that inflation will remain consistent with the target over the next one to two years, even with a lower exchange rate.

Credit is recording moderate growth overall, with stronger growth in lending to investors in housing assets. Dwelling prices continue to rise strongly in Sydney, though trends have been more varied in a number of other cities over recent months. The Bank is working with other regulators to assess and contain risks that may arise from the housing market. In other asset markets, prices for equities and commercial property have risen, in part as a result of declining long-term interest rates.

The Australian dollar has declined noticeably against a rising US dollar, though less so against a basket of currencies. It remains above most estimates of its fundamental value, particularly given the significant declines in key commodity prices. A lower exchange rate is likely to be needed to achieve balanced growth in the economy.

At today’s meeting the Board judged that, having eased monetary policy at the previous meeting, it was appropriate to hold interest rates steady for the time being. Further easing of policy may be appropriate over the period ahead, in order to foster sustainable growth in demand and inflation consistent with the target. The Board will further assess the case for such action at forthcoming meetings.