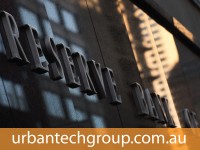 Recent information suggests that the global economy is continuing to grow, though at a slightly lower pace than earlier expected. While several advanced economies have recorded improved growth over the past year, conditions have become more difficult for a number of emerging market economies. China’s growth rate has continued to moderate.

Commodity prices have generally increased a little recently, but this follows very substantial declines over the past couple of years. Australia’s terms of trade remain much lower than they had been in recent years.

Sentiment in financial markets has improved recently after a period of heightened volatility. However, uncertainty about the global economic outlook and policy settings among the major jurisdictions continues. Funding costs for high-quality borrowers remain very low and, globally, monetary policy remains remarkably accommodative.

In Australia, the available information suggests that the economy is continuing to rebalance following the mining investment boom. Consistent with developments in the labour market, overall GDP growth picked up over 2015, despite the contraction in mining investment. The pace of lending to businesses has also picked up.

Inflation is quite low. Recent information has confirmed that growth in labour costs remains quite subdued. Given this, and with inflation also restrained elsewhere in the world, inflation in Australia is likely to remain low over the next year or two.

Given these conditions, it is appropriate for monetary policy to be accommodative. Low interest rates are supporting demand, while supervisory measures are working to emphasise prudent lending standards and so to contain risks in the housing market. Credit growth to households continues at a moderate pace, albeit with a changed composition between investors and owner-occupiers. The pace of growth in dwelling prices has moderated in Melbourne and Sydney and has remained mostly subdued in other cities.

The Australian dollar has appreciated somewhat recently. In part, this reflects some increase in commodity prices, but monetary developments elsewhere in the world have also played a role. Under present circumstances, an appreciating exchange rate could complicate the adjustment under way in the economy.

Over the period ahead, new information should allow the Board to assess the outlook for inflation and whether the improvement in labour market conditions evident last year is continuing. Continued low inflation would provide scope for easier policy, should that be appropriate to lend support to demand.