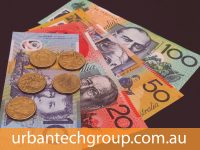 The global economy is continuing to grow, at a lower than average pace. Labour market conditions in the advanced economies have improved over the past year. Economic conditions in China have steadied, supported by growth in infrastructure and property construction, although medium-term risks to growth remain. Inflation remains below most central banks’ targets, although headline inflation rates have increased recently. Globally, the outlook for inflation is more balanced than it has been for some time.

In Australia, the economy is continuing its transition following the mining investment boom. Some slowing in the year-ended growth rate is likely, before it picks up again. Further increases in exports of resources are expected as completed projects come on line. The outlook for business investment remains subdued, although measures of business sentiment remain above average.

Labour market indicators continue to be somewhat mixed. The unemployment rate has declined this year, although some measures of labour underutilisation are little changed. There continues to be considerable variation in employment outcomes across the country. Part-time employment has been growing strongly, but employment growth overall has slowed. The forward-looking indicators point to continued expansion in employment in the near term.

Inflation remains quite low. The continuing subdued growth in labour costs means that inflation is expected to remain low for some time, before returning to more normal levels.

Conditions in the housing market have strengthened overall, although they vary considerably around the country. In some markets, prices are rising briskly, while in others they are declining. Housing credit has picked up a little, although turnover of established dwellings is lower than it was a year ago. Supervisory measures have strengthened lending standards and some lenders are taking a more cautious attitude to lending in certain segments. Considerable supply of apartments is scheduled to come on stream over the next couple of years, particularly in the eastern capital cities. Growth in rents is the slowest for some decades.

Taking account of the available information, and having eased monetary policy earlier in the year, the Board judged that holding the stance of policy unchanged at this meeting would be consistent with sustainable growth in the economy and achieving the inflation target over time.