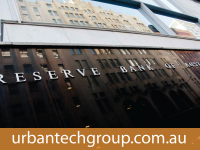 At its meeting today, the RBA Board decided to lower the cash rate by 25 basis points to 1.00 per cent.

At its meeting today, the Board decided to lower the cash rate by 25 basis points to 1.00 per cent. This follows a similar reduction at the Board’s June meeting. This easing of monetary policy will support employment growth and provide greater confidence that inflation will be consistent with the medium-term target.

The outlook for the global economy remains reasonable. However, the uncertainty generated by the trade and technology disputes is affecting investment and means that the risks to the global economy are tilted to the downside. In most advanced economies, inflation remains subdued, unemployment rates are low and wages growth has picked up. The slowdown in global trade has contributed to slower growth in Asia. In China, the authorities have taken steps to support the economy, while continuing to address risks in the financial system.

Global financial conditions remain accommodative. The persistent downside risks to the global economy combined with subdued inflation have led to expectations of easing of monetary policy by the major central banks. Long-term government bond yields have declined further and are at record lows in a number of countries, including Australia. Bank funding costs in Australia have also declined, with money-market spreads having fully reversed the increases that took place last year. Borrowing rates for both businesses and households are at historically low levels. The Australian dollar is at the low end of its narrow range of recent times.

Over the year to the March quarter, the Australian economy grew at a below-trend 1.8 per cent. Consumption growth has been subdued, weighed down by a protracted period of low income growth and declining housing prices. Increased investment in infrastructure is providing an offset and a pick-up in activity in the resources sector is expected, partly in response to an increase in the prices of Australia’s exports. The central scenario for the Australian economy remains reasonable, with growth around trend expected. The main domestic uncertainty continues to be the outlook for consumption, although a pick-up in growth in household disposable income is expected to support spending.

Employment growth has continued to be strong. Labour force participation is at a record level, the vacancy rate remains high and there are reports of skills shortages in some areas. There has, however, been little inroad into the spare capacity in the labour market recently, with the unemployment rate having risen slightly to 5.2 per cent. The strong employment growth over the past year or so has led to a pick-up in wages growth in the private sector, although overall wages growth remains low. A further gradual lift in wages growth is still expected and this would be a welcome development. Taken together, these labour market outcomes suggest that the Australian economy can sustain lower rates of unemployment and underemployment.

Inflation pressures remain subdued across much of the economy. Inflation is still, however, anticipated to pick up, and will be boosted in the June quarter by increases in petrol prices. The central scenario remains for underlying inflation to be around 2 per cent in 2020 and a little higher after that.

Conditions in most housing markets remain soft, although there are some tentative signs that prices are now stabilising in Sydney and Melbourne. Growth in housing credit has also stabilised recently. Demand for credit by investors continues to be subdued and credit conditions, especially for small and medium-sized businesses, remain tight. Mortgage rates are at record lows and there is strong competition for borrowers of high credit quality.

Today’s decision to lower the cash rate will help make further inroads into the spare capacity in the economy. It will assist with faster progress in reducing unemployment and achieve more assured progress towards the inflation target. The Board will continue to monitor developments in the labour market closely and adjust monetary policy if needed to support sustainable growth in the economy and the achievement of the inflation target over time.