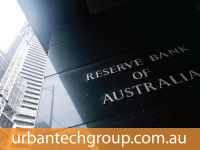 At its meeting today, the Board decided to maintain the current policy settings, including the targets for the cash rate, the yield on 3-year Australian Government bonds, and the parameters for the expanded Term Funding Facility.

The global economy is gradually recovering after a severe contraction due to the pandemic. However, the recovery is uneven and its continuation is dependent on containment of the virus. While infection rates have declined in some countries, they have increased in others. The recovery is most advanced in China, where conditions have improved substantially over recent months. Globally, inflation remains very low and below central bank targets.

Financial conditions remain accommodative around the world and supportive of the economic recovery. Financial market volatility is low and the prices of many assets have risen substantially despite the high level of uncertainty about the economic outlook. Bond yields are at historically low levels, as are interest rates for most businesses and households. The Australian dollar remains just a little below its peak of the past couple of years.

The Australian economy experienced a sharp contraction in the June quarter, with output falling by 7 per cent. As difficult as this was, the decline in output was smaller than in most other countries and smaller than was earlier expected. A recovery is now under way in most of Australia, although the second-wave outbreak in Victoria has resulted in a further contraction in output there. The national recovery is likely to be bumpy and uneven and it will be some time before the level of output returns to its end 2019 level.

Labour market conditions have improved somewhat over the past few months and the unemployment rate is likely to peak at a lower rate than earlier expected. Even so, unemployment and underemployment are likely to remain high for an extended period. Wage and inflation pressures remain very subdued. The Bank will publish a full set of updated forecasts next month.

Over the past six months, the Australian economy has been supported by a substantial easing of fiscal policy. Public sector balance sheets in Australia are in good shape, which allows for continued support, with the Australian Government budget to be announced this evening. Both fiscal and monetary support will be required for some time given the outlook for the economy and the prospect of high unemployment.

The Bank’s policy package is working as expected and is underpinning very low borrowing costs and the supply of credit to households and businesses. There is a very high level of liquidity in the Australian financial system and borrowing costs are at record lows. $81 billion of low-cost funding for authorised deposit-taking institutions (ADIs) has been advanced under the initial allowance of the Term Funding Facility. ADIs currently have access to a further $120 billion under this facility. As this is drawn down, there will be a further very significant expansion of the Reserve Bank’s balance sheet.

Government bond markets are functioning well, alongside a significant increase in issuance. Bond yields are around record lows. Early in September, the Bank bought a further $2 billion of Australian Government Securities (AGS) in support of its 3-year yield target, bringing total purchases of government securities since March to $63 billion. Over the past couple of weeks, 3-year yields have fallen to around 18 basis points as markets price in some probability of further monetary policy easing.

The Board is committed to do what it can to support jobs, incomes and businesses in Australia. Its actions, including last month’s decision to expand the Term Funding Facility, are keeping funding costs low and assisting with the supply of credit. The Board views addressing the high rate of unemployment as an important national priority. It will maintain highly accommodative policy settings as long as is required and will not increase the cash rate target until progress is being made towards full employment and it is confident that inflation will be sustainably within the 2–3 per cent target band. The Board continues to consider how additional monetary easing could support jobs as the economy opens up further.