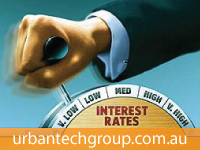 Last week the nation’s biggest lender the Commonwealth Bank sliced its five-year fixed rate to a record low 4.99 per cent, and in doing so sparked a fixed rate price war!

Since then most major lenders have cut their fixed rates with the largest cuts being made to 5-year fixed rates loans.

Interestingly the cuts came on the same day that higher-than-expected inflation figures appeared to reduce the chances of the Reserve Bank cutting the cash rate in the short term.

Here’s a look at how the major banks currently compare on 5 year fixed rates;

*Note: FASTLend provides a range of loan products that are only available through accredited FAST mortgage brokers like us. FASTLend is owned and backed by NAB.

Why are 5 year fixed rates so cheap? Is now the right time to fix?

The truth is there are no straight-forward answers…

However we have a couple of resources you might find helpful when trying to arrive at your own conclusions.

The first is an article we previously wrote on fixed vs variable rate loans, the second is an piece I read recently on theaustralian.com.au discussing the current fixed rate price war – here’s the article in its entirety;

You don’t have to go back too far in history to hear a note of caution about fixed interest rates.

Borrowers last rushed the fixed-rate loan market ahead of the global financial crisis, when rates were heading up and they wanted some certainty about their repayment costs.

The hitch was that as the GFC hit, fixed-rate borrowers were left paying rates of more than 7 per cent, well over the odds as the central bank cut variable rates to emergency levels in a bid to stimulate the economy.

With that note of caution in mind, experts are recommending borrowers take a good look at the mini pricing war that broke out in the fixed-rate mortgage market between the big four banks this week.

The big banks have pushed five-year fixed rates below 5 per cent for the first time, and below the standard variable rate, as they battle to win or hold market share.

It has been almost a year since the Reserve Bank cut official interest rates to an historic low of 2.5 per cent — and there is no consensus about when they will next move or in which direction.

“There is no chance that you are fixing at the top, but you don’t know that it won’t go lower,’’ ­Arnold says. Borrowers are in ­effect being asked to take a bet that rates won’t go any lower over the life of the fixed rate, or at least not low enough for long enough to make them regret fixing the rate.

The price war has erupted just as concerns were starting to emerge that the boom in house prices — they are up 11 per cent on average over the past 12 months, according to Australian Property Monitors — poses risks for borrowers.

Broker Credit Suisse and Moody’s Analytics warned that borrowers taking on ever larger loans while rates were at historic lows could hit trouble if rates moved up and their wage growth fails to keep pace.

Analysts says Australia remains out of step with countries such as New Zealand and Britain, where three and five-year fixed- rate loans account for more than half the market, or the US, France and Denmark, where borrowers can lock in rates for up to 30 years.

Observers are at a loss to understand why Australian borrowers eschew the certainty provided by fixed rates, although Arnold says RBA data shows borrowers do marginally better over the long term on variable rates than they do on fixed rates.

Still, the cuts this week look likely to test that preference, with mortgage advisers expecting to see interest from new borrowers and variable rate borrowers looking for savings.

The loan package at Commonwealth Bank, which kicked off the battle, offers a fixed rate of 4.99 per cent for five years. That’s 12 basis points below the 5.1 per cent variable rate available for the same package of loan, credit card and transaction account.

It is worth $28 a month, or $1682 over the life of the fixed rate. The saving is magnified every time interest rates rise, but so is the “cost’’ if interest rates fall, making variable loans more attractive.

The cuts are being seen as an attempt to stimulate growth in the big banks’ loan books at a time when they have been losing some share to smaller lenders.

In the 12 months to May, the big four banks — ANZ, Commonwealth Bank, NAB and Westpac — collectively lost 0.37 per cent of market share to smaller players, according to RateCity’s analysis of Australian Prudential Regulation Authority data.

The big four banks are not under any imminent threat — they still account for 84.6 per cent of the mortgage market. But the market-share figures indicate that with the scare of the global financial crisis in the past, borrowers are feeling more confident about doing business with smaller ­lenders, RateCity says.

“This is not about me or somebody else predicting what interest rates will do,’’ van Horen says. “It’s more about what the financial markets are saying. The market is saying that rates are going to be lower for longer.’’

Falling wholesale financing rates have provided the opportunity for banks to fight back, says CIMB bank analyst John Buon­accorsi. The rate at which banks can raise money in the international market to provide mort­gages has been falling.

Cutting fixed rates allows the banks to rekindle interest from borrowers without a major impact on the loan book that would result from cutting variable rates across the mortgage portfolio. Depending on the bank, fixed rates account for 18 per cent of total loans at CBA and an estimated 11 per cent at ANZ. But five-year rates are thought to be the smallest part of that — just 1 per cent.

Deutsche Bank analyst James Freeman says the “significant step-up” in mortgage competition in the past month will not affect the banks’ margins, estimating it will be less than 1 per cent of their earnings. “We believe the concerns over competition are overdone,” Mr Freeman told clients.

Do you think it’s a good time to fix rates in? Please tell us your thoughts in the comments area below!