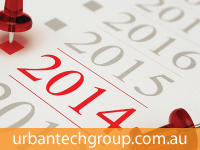 Residential Property – What’s in store for 2014…

While 2013 saw rates hit an all-time low and the construction sector struggle, 2014 is looking positive with residential property recovering albeit as the rate easing cycle seems to be coming to an end.

According to predictions from the Housing Industry Association [HIA], the residential construction sector recovery is well underway and should continue in 2014. “The improving level of dwelling commencements achieved in 2012/2013 will be consolidated before moving up a further leg in 2014/2015,” HIA senior economist Shane Garrett said.

The association’s quarterly National Outlook highlights the revival of the residential construction industry since its trough in 2011. According to the report, Queensland is set to be the strongest contributor to the sector’s rise while the data suggests New South Wales and Western Australia will maintain current high levels of housing starts into 2014.

Dr Andrew Wilson, senior economist at Australia Property Monitors [APM] shares a similar outlook. According to APMs’ “State of the Market” report varied market conditions will again be a theme in 2014. “Mixed-speed local economic conditions will prevail, with under-performances from Sydney, Melbourne, Adelaide and Canberra offset by continued strength in Perth and a solid re-emergence of the Queensland economy impacting on Brisbane and regional markets,” the report said.

International ratings agency Fitch’s “Global Housing and Mortgage Outlook”, published recently, compares house prices and affordability around the world by looking at indicators such as house price to income ratios. Fitch expects affordability in Australia to deteriorate in the near term, with house prices continuing to rise more than income levels. Prices in Sydney, Melbourne and Perth are predicted to rise again in 2014, while Adelaide prices are expected to remain flat.

“We forecast a moderate national increase of 4 per cent. This would be considerably less than the 9.8 per cent rise in the 12 months to December 2013, which was largely driven by Sydney, Perth and Melbourne. The combination of high house price-to-income ratios and prices that are above the long-term average ratio relative to rents suggests that the potential for further increases in real terms is limited over the next decade.”

Meanwhile head of research at Matusik Property Insights, Michael Matusik has a slightly different take on the property market. “I cannot see Hobart, Adelaide, Canberra or even Darwin enjoying much house price growth this year. In contrast, South East Queensland is in the box seat. Perth is likely to slow. I also think that Sydney and Melbourne will see price growth this year, but they are already ‘over cooked’. Both markets can expect a correction – and maybe big ones – in late 2015.”

According to Michael the property market is at risk of faltering should prices continue to rise too fast. “Gains made now and into 2014 and 2015, could be eroded if prices grow too fast over the next 12 to 18 months. There is really little wriggle room for house prices to move. My prediction is something in the order of 5% to 8% over the next 12 to 18 months. However, if price growth exceeds, say, 10% this year, then budget on price falls post mid-2015.”

Monique Sasson, founder of Wakelin Property Advisory is a little more upbeat when discussing the Adelaide property market. “Adelaide prices grew a modest 3% in 2013, but I expect a better result in 2014. However, I think capital growth will be constrained by some nervousness about the health of the South Australian economy, where confidence may be hit by the impending closure of Holden’s Adelaide plant. Adelaide’s inner suburbs and those closest to urban beaches are likely to experience the highest demand and growth performance.”

Moving on the REA Group has just released their latest quarterly Top Sellers’ Market data, which takes into account the supply and demand figures for each Australian suburb using realestate.com.au data, and the results are surprising with listings in South Australian suburbs having had the most views from buyers on the website. In fact, nationally, South Australia dominates the top 10 list and is the hottest state in Australia for potential vendors, claiming five of the most searched suburbs. [In order of popularity the suburbs are; Parkside, Norwood, Mitcham, St Peters and Burnside] 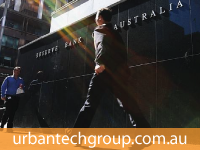 While residential construction is just gearing up, the rate cutting cycle appears to be at an end as the Reserve Bank of Australia [RBA] waits to determine the full effects of recent rate cuts on the economy.

According to Glenn Stevens, RBA governor, the easing in monetary policy that has already occurred since late 2011 has supported interest-sensitive spending and asset values. The full effects of these decisions are still coming through, and will be for a while yet.

“The pace of borrowing has remained relatively subdued overall to date, though recently there have been signs of increased demand for finance by households. Housing and equity markets have also strengthened further – trends which should in time be supportive of investment,” Mr Stevens said.

“We can now expect an extended period of holding from the RBA before a rise in late 2014. The reason fixed rates are up is because bond yields are going up – that’s a sign we’ve hit the bottom… The ideal time to fix rates has passed,” Mr Oliver said. “But there’s still plenty of great deals out there. We’re not going to see fixed rates leap all at once – but if you’re planning on fixing, it’s something to look at sooner rather than later.”

As always if you’d like to know more about any of the details in this post or if you would like to discuss your mortgage options simply call us on 08 8451 1500 for a friendly chat.