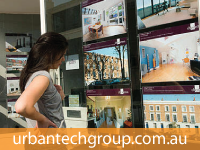 With the 2012/13 financial year over lets take a look at where things are at with the residential property market in Australia and more specifically Adelaide.

Homebuyer confidence and investor demand are both actually on the rise. Sure we’ve seen benchmark interest rates fall to their lowest level on record, the broader job market is subdued, and housing activity has stagnated. But more recently, new data has provided a fresh outlook for economists, homebuyers, investors and mortgage holders alike.

In the latest Home Finance Index, 49.8 per cent of those surveyed believe residential prices will rise over the next quarter – double the percentage recorded in March 2012. In addition, the number of active buyers likely to be in the market for a home loan over the next year has jumped by almost 50 per cent, from 12.7 per cent of respondents to 18.9 per cent.

Providing further evidence of the strength of the Australian property market, credit demand is on the rise. According to Veda’s Quarterly Credit Demand Index, overall demand for credit increased by 4.7 per cent in the past year, the strongest rate of annual growth since the global financial crisis. This new data provides encouraging insight into the re-emergence of consumer confidence and the strength of the Australian property market.

The good news is that mortgage enquiries are on the rise indicating the current upturn in house prices is likely to have further to run. House prices are being supported by low interest rates, improvements in affordability and solid population growth.

RPData has also just released their latest monthly housing market update report. It’s probably the single most accurate and concise piece of information you’ll read on the status of the property market in Australia and Adelaide. If you want to read the full report complete with charts and graphs click here otherwise here are the key take home points; 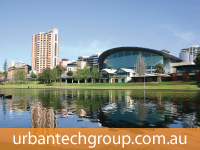 If you would like further information or want to discuss your situation in more detail please don’t hesitate to contact us anytime.