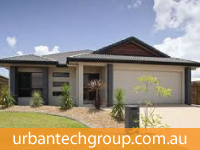 Growth in the global economy was a bit below trend in 2013, but there are reasonable prospects of a pick-up this year. The United States economy, while affected by adverse weather, continues its expansion and the euro area has begun a recovery from recession, albeit a fragile one. Japan has recorded a significant pick-up in growth. China’s growth remains generally in line with policymakers’ objectives, though it may have slowed a little in early 2014. Commodity prices have declined from their peaks but in historical terms remain high.

Financial conditions overall remain very accommodative. Long-term interest rates and most risk spreads remain low. Equity and credit markets are well placed to provide adequate funding, though for some emerging market countries conditions are considerably more challenging than they were a year ago.

In Australia, the economy grew at a below trend pace in 2013. Recent information suggests slightly firmer consumer demand over the summer and foreshadows a solid expansion in housing construction. Some indicators of business conditions and confidence have improved from a year ago and exports are rising. But at the same time, resources sector investment spending is set to decline significantly and, at this stage, signs of improvement in investment intentions in other sectors are only tentative, as firms wait for more evidence of improved conditions before committing to expansion plans. Public spending is scheduled to be subdued.

The demand for labour has remained weak and, as a result, the rate of unemployment has continued to edge higher. It will probably rise a little further in the near term. Growth in wages has declined noticeably. If domestic costs remain contained, some moderation in the growth of prices for non-traded goods could be expected over time, which should keep inflation consistent with the target, even with lower levels of the exchange rate.

Monetary policy remains accommodative. Interest rates are very low and savers continue to look for higher returns in response to low rates on safe instruments. Credit growth is slowly picking up. Dwelling prices have increased significantly over the past year. The decline in the exchange rate from its highs a year ago will assist in achieving balanced growth in the economy, but less so than previously as a result of the rise over the past few months. The exchange rate remains high by historical standards.