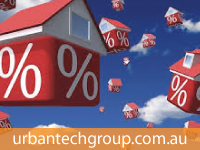 The Federal Reserve has begun the process of curtailing stimulus measures but financial conditions overall remain very accommodative. Long-term interest rates and most risk spreads remain low. Equity and credit markets remain able to provide adequate funding, but for some emerging market countries conditions are considerably more challenging than they were a year ago.

In Australia, information becoming available over the summer suggests slightly firmer consumer demand and foreshadows a solid expansion in housing construction. Some indicators of business conditions and confidence have shown improvement. At the same time, with resources sector investment spending set to decline significantly, considerable structural change occurring and lingering uncertainty in some areas of the business community, near-term prospects for business investment remain subdued. The demand for labour has remained weak and, as a result, the rate of unemployment has continued to edge higher. Growth in wages has declined noticeably.

Inflation in the December quarter was higher than expected. This may be explained in part by faster than anticipated pass-through of the lower exchange rate, though domestic prices also continued to rise at a solid pace, despite slower growth in labour costs. If domestic costs remain contained, some moderation in the growth of prices for non-traded goods could be expected over time.

Monetary policy remains accommodative. Interest rates are very low and savers continue to look for higher returns in response to low rates on safe instruments. Credit growth remains low overall but is picking up gradually for households. Dwelling prices have increased further over the past several months. The exchange rate has declined further, which, if sustained, will assist in achieving balanced growth in the economy.

Looking ahead, the Bank expects growth to remain below trend for a time yet and unemployment to rise further before it peaks. Beyond the short term, growth is expected to strengthen, helped by continued low interest rates and the lower exchange rate. Inflation is expected to be somewhat higher than forecast three months ago, but still consistent with the 2–3 per cent target over the next two years.