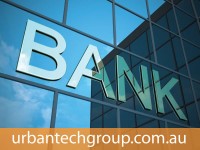 All the major banks have now announced increases to their home loans rates in response to the regulatory changes requiring them to hold more capital. [That’s the reason they’re giving us anyway…]

As reported a couple of weeks ago Westpac set off a round of rate rises when it announced it would hike their variable rates by .20%. Last week Commonwealth Bank followed suit with a .15% rate rise. NAB became the third major to raise rates when it announced it would increase variable rates by .17%. ANZ rounded out the rate hikes of the big banks announcing late last week they would be raising rates for owner-occupiers and investors by .18%.

Here’s a summary of the standard variable rate changes;

While the media always quotes the standard variable home loan rate almost all customers qualify for a discount on this rate. The amount of discount will vary based on the lender, the loan amount and your financial situation.

We publish our best rates here to give you an idea of the sort of rate you should be paying.

It’s widely anticipated that most Authorised Deposit-taking Institutions [ADI’s] will increase their variable rates over the coming weeks. Macquarie Bank and St George/BankSA already have and you can expect more to follow.

You can see a list of all ADI’s here.

If you’re thinking of taking out a new loan we can help you negotiate the best possible deal for your situation from our extensive panel – including non-ADI lenders not impacted by APRA’s lending requirements. Here’s a look at some of the best rates in the market.

If you’ve got existing home and/or investment loans and you’ve been with your lender for a more than 2 years, you’re probably not on the best deal.

Rather than look after their existing clients most banks offer new clients better rates and/or incentives – it’s another reason why you should always re-assess your loans every few years. Here’s what to do;