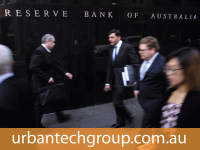 Conditions in the global economy have improved over recent months. Both global trade and industrial production have picked up. Labour markets have tightened in many countries. Above-trend growth is expected in a number of advanced economies, although uncertainties remain. In China, growth is being supported by higher spending on infrastructure and property construction. This composition of growth and the rapid increase in borrowing mean that the medium-term risks to Chinese growth remain. The improvement in the global economy has contributed to higher commodity prices, which are providing a significant boost to Australia’s national income.

The Australian economy is continuing its transition following the end of the mining investment boom. Recent data are consistent with ongoing moderate growth. Most measures of business confidence are at, or above, average and non-mining business investment has risen over the past year. At the same time, some indicators of conditions in the labour market have softened recently. In particular, the unemployment rate has moved a little higher and employment growth is modest. The various forward-looking indicators still point to continued growth in employment over the period ahead. Wage growth remains slow.

The outlook continues to be supported by the low level of interest rates. Lenders have recently announced increases in mortgage rates, particularly those paid by investors. Financial institutions remain in a good position to lend. The depreciation of the exchange rate since 2013 has also assisted the economy in its transition following the mining investment boom. An appreciating exchange rate would complicate this adjustment.

Conditions in the housing market continue to vary considerably around the country. In some markets, conditions are strong and prices are rising briskly. In other markets, prices are declining. In the eastern capital cities, a considerable additional supply of apartments is scheduled to come on stream over the next couple of years. Growth in rents is the slowest for two decades.

Growth in household borrowing, largely to purchase housing, continues to outpace growth in household income. By reinforcing strong lending standards, the recently announced supervisory measures should help address the risks associated with high and rising levels of indebtedness. Lenders need to ensure that the serviceability metrics that they use are appropriate for current conditions. A reduced reliance on interest-only housing loans in the Australian market would also be a positive development.