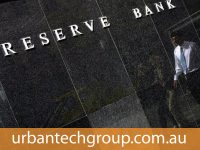 There was a broad-based pick-up in the global economy in 2017. A number of advanced economies are growing at an above-trend rate and unemployment rates are low. Growth has also picked up in the Asian economies, partly supported by increased international trade. The Chinese economy continues to grow solidly, with the authorities paying increased attention to the risks in the financial sector and the sustainability of growth.

The pick-up in the global economy has contributed to a rise in oil and other commodity prices over recent months. Even so, Australia’s terms of trade are expected to decline over the next couple of years, but remain at a relatively high level.

Globally, inflation remains low, although higher commodity prices and tight labour markets are likely to see inflation increase over the next couple of years. Long-term bond yields have risen but are still low. As conditions have improved in the global economy, a number of central banks have withdrawn some monetary stimulus. Financial conditions remain expansionary, with credit spreads narrow.

The Bank’s central forecast for the Australian economy is for GDP growth to pick up, to average a bit above 3 per cent over the next couple of years. The data over the summer have been consistent with this outlook. Business conditions are positive and the outlook for non-mining business investment has improved. Increased public infrastructure investment is also supporting the economy. One continuing source of uncertainty is the outlook for household consumption. Household incomes are growing slowly and debt levels are high.

Notwithstanding the improving labour market, wage growth remains low. This is likely to continue for a while yet, although the stronger economy should see some lift in wage growth over time. There are reports that some employers are finding it more difficult to hire workers with the necessary skills.

Inflation is low, with both CPI and underlying inflation running a little below 2 per cent. Inflation is likely to remain low for some time, reflecting low growth in labour costs and strong competition in retailing. A gradual pick-up in inflation is, however, expected as the economy strengthens. The central forecast is for CPI inflation to be a bit above 2 per cent in 2018.

On a trade-weighted basis, the Australian dollar remains within the range that it has been in over the past two years. An appreciating exchange rate would be expected to result in a slower pick-up in economic activity and inflation than currently forecast.

Nationwide measures of housing prices are little changed over the past six months, with prices having recorded falls in some areas. In the eastern capital cities, a considerable additional supply of apartments is scheduled to come on stream over the next couple of years. To address the medium-term risks associated with high and rising household indebtedness, APRA introduced a number of supervisory measures. Tighter credit standards have also been helpful in containing the build-up of risk in household balance sheets.