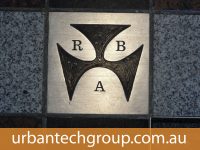 There has been a broad-based pick-up in the global economy since last year. Labour markets have tightened further in many countries and forecasts for global growth have been revised up. Above-trend growth is expected in a number of advanced economies, although uncertainties remain. In China, growth is being supported by increased spending on infrastructure and property construction, with the high level of debt continuing to present a medium-term risk. The improvement in the global economy has contributed to higher commodity prices, which are providing a significant boost to Australia’s national income. Australia’s terms of trade have increased, although some reversal of this is occurring.

The Bank’s forecasts for the Australian economy are little changed. Growth is expected to increase gradually over the next couple of years to a little above 3 per cent. The economy is continuing its transition following the end of the mining investment boom, with the drag from the decline in mining investment coming to an end and exports of resources picking up. Growth in consumption is expected to remain moderate and broadly in line with incomes. Non-mining investment remains low as a share of GDP and a stronger pick-up would be welcome.

The outlook continues to be supported by the low level of interest rates. Lenders have announced increases in mortgage rates, particularly those paid by investors and on interest-only loans. The depreciation of the exchange rate since 2013 has also assisted the economy in its transition following the mining investment boom. An appreciating exchange rate would complicate this adjustment.

Inflation picked up to above 2 per cent in the March quarter in line with the Bank’s expectations. In underlying terms, inflation is running at around 1¾ per cent, a little higher than last year. A gradual further increase in underlying inflation is expected as the economy strengthens.

Conditions in the housing market continue to vary considerably around the country. Prices have been rising briskly in some markets and declining in others. In the eastern capital cities, a considerable additional supply of apartments is scheduled to come on stream over the next couple of years. Rent increases are the slowest for two decades. Growth in housing debt has outpaced the slow growth in household incomes. The recently announced supervisory measures should help address the risks associated with high and rising levels of indebtedness.