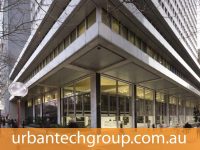 At its meeting today, the Board decided to: maintain the cash rate target at 10 basis points and the interest rate on Exchange Settlement balances of zero per cent; maintain the target of 10 basis points for the April 2024 Australian Government bond; continue to purchase government securities at the rate of $5 billion a week until early September and then $4 billion a week until at least mid November.

The economic recovery in Australia has been stronger than was earlier expected. The recent outbreaks of the virus are, however, interrupting the recovery and GDP is expected to decline in the September quarter. The experience to date has been that once virus outbreaks are contained, the economy bounces back quickly. Prior to the current virus outbreaks, the Australian economy had considerable momentum and it is still expected to grow strongly again next year. The economy is benefiting from significant additional policy support and the vaccination program will also assist with the recovery.

The economic outlook for the coming months is uncertain and depends upon the evolution of the health situation and the containment measures. Beyond that, the Bank’s central scenario is for the economy to grow by a little over 4 per cent over 2022 and by around 2½ per cent over 2023. This scenario is based on a significant share of the population being vaccinated by the end of this year and a gradual opening up of the international border from the middle of 2022. The Board also considered a range of other scenarios, with the main source of uncertainty being the health situation.

The labour market has recovered faster than expected, with the unemployment rate declining further to 4.9 per cent in June. Job vacancies have remained at a high level and there are reports of labour shortages in parts of the economy. Some increase in the unemployment rate is expected in the near term due to the current lockdowns, but most of the adjustment in the labour market is likely to take place through a reduction in hours worked and in participation. In the central scenario, the unemployment rate continues to trend lower next year, to be around 4¼ per cent at the end of 2022 and 4 per cent at the end of 2023.

The CPI inflation rate spiked to 3.8 per cent for the year to the June quarter, largely reflecting the unwinding of some earlier COVID-19-related price declines. In underlying terms, inflation remains low, at around 1¾ per cent.

Looking forward, a pick-up in both wages growth and underlying inflation is expected, but this pick-up is likely to be only gradual. In the Bank’s central scenario, it takes some years for the stronger economy to feed through into wage and price increases that are consistent with the inflation target. In underlying terms, inflation is expected to be 1¾ per cent over 2022 and 2¼ per cent over 2023. One source of uncertainty is the behaviour of wages and prices at the low levels of forecast unemployment, including because it is some decades since Australia has sustained an unemployment rate around 4 per cent.

Housing markets have continued to strengthen, with prices rising in all major markets. Housing credit growth has picked up, with strong demand from owner-occupiers, including first-home buyers. There has also been increased borrowing by investors. Given the environment of rising housing prices and low interest rates, the Bank is monitoring trends in housing borrowing carefully and it is important that lending standards are maintained.

Domestic financial conditions remain very accommodative, sovereign bond yields have declined and the exchange rate has depreciated to around its lowest level this year, despite elevated levels of commodity prices. The recent fiscal responses by the Australian Government and the state and territory governments are also providing welcome support to the economy at a time of significant short-term disruption.

The Board remains committed to maintaining highly accommodative monetary conditions to support a return to full employment in Australia and inflation consistent with the target. Together, the low level of the cash rate, the bond purchase program, the yield target and the ongoing funding that has been provided under the Term Funding Facility are providing substantial support to the Australian economy in the face of lockdowns in parts of the country and the expected resumption of the economic expansion.

The Board will maintain its flexible approach to the rate of bond purchases. The program will continue to be reviewed in light of economic conditions and the health situation, and their implications for the expected progress towards full employment and the inflation target. The Board will not increase the cash rate until actual inflation is sustainably within the 2 to 3 per cent target range. The central scenario for the economy is that this condition will not be met before 2024. Meeting this condition will require the labour market to be tight enough to generate wages growth that is materially higher than it is currently.