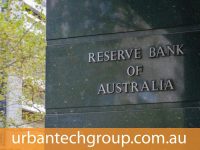 At its meeting today, the Board decided to: maintain the cash rate target at 10 basis points and the interest rate on Exchange Settlement balances at zero per cent; continue to purchase government securities at the rate of $4 billion a week until at least mid February 2022.

The Australian economy is recovering from the setback caused by the Delta outbreak. High rates of vaccination and substantial policy support are underpinning this recovery. Household consumption is rebounding strongly and the outlook for business investment has improved. The emergence of the Omicron strain is a new source of uncertainty, but it is not expected to derail the recovery. The economy is expected to return to its pre-Delta path in the first half of 2022.

Leading indicators point to a strong recovery in the labour market. Job advertisements are at an historically high level and there are reports of firms finding it difficult to hire workers. Wages growth has picked up but, at the aggregate level, has only returned to the relatively low rates prevailing before the pandemic. A further pick-up in wages growth is expected as the labour market tightens. This pick-up is expected to be only gradual, although there is uncertainty about the behaviour of wages as the unemployment rate declines to historically low levels.

Inflation has increased, but, in underlying terms, is still low, at 2.1 per cent. The headline CPI inflation rate is 3 per cent and is being affected by higher petrol prices, higher prices for newly constructed homes and the disruptions in global supply chains. A further, but only gradual, pick-up in underlying inflation is expected. The central forecast is for underlying inflation to reach 2½ per cent over 2023.

Housing prices have risen strongly over the past year, although the rate of increase has eased over recent months. Housing credit increased by 6.7 per cent over the past year, but, more recently, the value of housing loan commitments has declined from high levels. With interest rates at historically low levels, it is important that lending standards are maintained and that borrowers have adequate buffers.

Globally, bond yields have declined over the past month due to concerns about the Omicron variant. The Australian dollar exchange rate has depreciated and is around its lows of the past year. Financial conditions in Australia remain highly accommodative, with most lending rates around record lows.

At its February meeting, the Board will consider the bond purchase program. By mid February, the RBA will hold a total of $350 billion of bonds issued by the Australian Government and the states and territories, with these holdings providing significant support to the economy. In reaching its decision in February, the Board will be guided by the same three considerations that it has used from the outset of the program: the actions of other central banks; how the Australian bond market is functioning; and, most importantly, the actual and expected progress towards the goals of full employment and inflation consistent with the target.

The Board is committed to maintaining highly supportive monetary conditions to achieve its objectives of a return to full employment in Australia and inflation consistent with the target. While inflation has picked up, it remains low in underlying terms. Inflation pressures are also less than they are in many other countries, not least because of the only modest wages growth in Australia. The Board will not increase the cash rate until actual inflation is sustainably within the 2 to 3 per cent target range. This will require the labour market to be tight enough to generate wages growth that is materially higher than it is currently. This is likely to take some time and the Board is prepared to be patient.