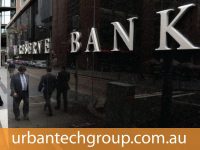 The global economy is experiencing a severe downturn as countries seek to contain the coronavirus. Many people have lost their jobs and there has been a sharp rise in unemployment. Over the past month, infection rates have declined in many countries and there has been some easing of restrictions on activity. If this continues, a recovery in the global economy will get under way, supported by both the large fiscal packages and the significant easing in monetary policies.

Globally, conditions in financial markets have continued to improve, although conditions in some markets remain fragile. Volatility has declined and credit markets have progressively opened to more firms. Bond rates remain at historically low levels.

In Australia, the government bond markets are operating effectively and the yield on 3-year Australian Government Securities (AGS) is at the target of around 25 basis points. Given these developments, the Bank has purchased government bonds on only one occasion since the previous Board meeting, with total purchases to date of around $50 billion. The Bank is prepared to scale-up its bond purchases again and will do whatever is necessary to ensure bond markets remain functional and to achieve the yield target for 3-year AGS. The target will remain in place until progress is being made towards the goals for full employment and inflation.

The Bank’s market operations are continuing to support a high level of liquidity in the Australian financial system. Authorised deposit-taking institutions are making use of the Term Funding Facility, with total drawings to date of around $6 billion. Further use of this facility is expected over coming months.

The Australian economy is going through a very difficult period and is experiencing the biggest economic contraction since the 1930s. In April, total hours worked declined by an unprecedented 9 per cent and more than 600,000 people lost their jobs, with many more people working zero hours. Household spending weakened very considerably and investment plans are being deferred or cancelled.

Notwithstanding these developments, it is possible that the depth of the downturn will be less than earlier expected. The rate of new infections has declined significantly and some restrictions have been eased earlier than was previously thought likely. And there are signs that hours worked stabilised in early May, after the earlier very sharp decline. There has also been a pick-up in some forms of consumer spending.

However, the outlook, including the nature and speed of the expected recovery, remains highly uncertain and the pandemic is likely to have long-lasting effects on the economy. In the period immediately ahead, much will depend on the confidence that people and businesses have about the health situation and their own finances.

The Board is committed to do what it can to support jobs, incomes and businesses and to make sure that Australia is well placed for the recovery. Its actions are keeping funding costs low and supporting the supply of credit to households and businesses. This accommodative approach will be maintained as long as it is required. The Board will not increase the cash rate target until progress is being made towards full employment and it is confident that inflation will be sustainably within the 2–3 per cent target band.