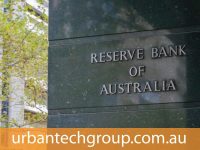 At its meeting today, the Board decided to maintain the current policy settings, including: the targets of 10 basis points for the cash rate and the yield on the 3-year Australian Government bond; the parameters of the government bond purchase program; and the rate of zero per cent on Exchange Settlement balances.

The global economy is continuing to recover from the pandemic and the outlook is for strong growth this year and next. The recovery remains uneven, though, and some countries are yet to contain the virus. Global trade in goods has picked up strongly and commodity prices are mostly higher than at the start of the year. However, inflation in underlying terms remains low and below central bank targets.

Sovereign bond yields have been steady recently after increasing earlier in the year due to the positive news on vaccines and the additional fiscal stimulus in the United States. Medium-term inflation expectations have lifted from near record lows to be closer to central banks’ targets. The 3-year government bond yield in Australia is consistent with the Board’s target and lending rates for most borrowers are at record lows. The Australian dollar remains in the upper end of the range of recent years.

The economic recovery in Australia is stronger than earlier expected and is forecast to continue. The Bank’s central scenario is for GDP to grow by 4¾ per cent over this year and 3½ per cent over 2022. This outlook is supported by fiscal measures and very accommodative financial conditions. An important ongoing source of uncertainty is the possibility of significant outbreaks of the virus, although this should diminish as more of the population is vaccinated.

Housing markets have strengthened further, with prices rising in all major markets. Housing credit growth has picked up, with strong demand from owner-occupiers, especially first-home buyers. There has also been increased borrowing by investors. Given the environment of rising housing prices and low interest rates, the Bank will be monitoring trends in housing borrowing carefully and it is important that lending standards are maintained.

As foreshadowed last month, at its July meeting the Board will consider whether to retain the April 2024 bond as the target bond for the 3-year yield target or to shift to the next maturity, the November 2024 bond. The Board is not considering a change to the target of 10 basis points. At the July meeting the Board will also consider future bond purchases following the completion of the second $100 billion of purchases under the government bond purchase program in September. The Board continues to place a high priority on a return to full employment.

The date for final drawings under the Term Funding Facility is 30 June 2021. So far, authorised deposit-taking institutions have drawn $134 billion under this facility and a further $75 billion is available. The facility is providing low-cost fixed-rate funding for 3 years and so will continue to support low borrowing costs until mid 2024.

The Board is committed to maintaining highly supportive monetary conditions to support a return to full employment in Australia and inflation consistent with the target. It will not increase the cash rate until actual inflation is sustainably within the 2 to 3 per cent target range. For this to occur, the labour market will need to be tight enough to generate wages growth that is materially higher than it is currently. This is unlikely to be until 2024 at the earliest.