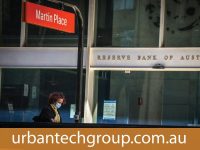 At its meeting today, the RBA Board decided to raise the cash rate by 25 basis points to 0.35 per cent.

The Board judged that now was the right time to begin withdrawing some of the extraordinary monetary support that was put in place to help the Australian economy during the pandemic. The economy has proven to be resilient and inflation has picked up more quickly, and to a higher level, than was expected. There is also evidence that wages growth is picking up. Given this, and the very low level of interest rates, it is appropriate to start the process of normalising monetary conditions.

The resilience of the Australian economy is particularly evident in the labour market, with the unemployment rate declining over recent months to 4 per cent and labour force participation increasing to a record high. Both job vacancies and job ads are also at high levels. The central forecast is for the unemployment rate to decline to around 3½ per cent by early 2023 and remain around this level thereafter. This would be the lowest rate of unemployment in almost 50 years.

The outlook for economic growth in Australia also remains positive, although there are ongoing uncertainties about the global economy arising from: the ongoing disruptions from COVID-19, especially in China; the war in Ukraine; and declining consumer purchasing power from higher inflation. The central forecast is for Australian GDP to grow by 4¼ per cent over 2022 and 2 per cent over 2023. Household and business balance sheets are generally in good shape, an upswing in business investment is underway and there is a large pipeline of construction work to be completed. Macroeconomic policy settings remain supportive of growth and national income is being boosted by higher commodity prices.

Inflation has picked up significantly and by more than expected, although it remains lower than in most other advanced economies. Over the year to the March quarter, headline inflation was 5.1 per cent and in underlying terms inflation was 3.7 per cent. This rise in inflation largely reflects global factors. But domestic capacity constraints are increasingly playing a role and inflation pressures have broadened, with firms more prepared to pass through cost increases to consumer prices. A further rise in inflation is expected in the near term, but as supply-side disruptions are resolved, inflation is expected to decline back towards the target range of 2 to 3 per cent. The central forecast for 2022 is for headline inflation of around 6 per cent and underlying inflation of around 4¾ per cent; by mid 2024, headline and underlying inflation are forecast to have moderated to around 3 per cent. These forecasts are based on an assumption of further increases in interest rates.

The Bank’s business liaison suggests that wages growth has been picking up. In a tight labour market, an increasing number of firms are paying higher wages to attract and retain staff, especially in an environment where the cost of living is rising. While aggregate wages growth was subdued during 2021 and no higher than it was prior to the pandemic, the more timely evidence from liaison and business surveys is that larger wage increases are now occurring in many private-sector firms.

Given both the progress towards full employment and the evidence on prices and wages, some withdrawal of the extraordinary monetary support provided through the pandemic is appropriate. Consistent with this, the Board does not plan to reinvest the proceeds of maturing government bonds and expects the Bank’s balance sheet to decline significantly over the next couple of years as the Term Funding Facility comes to an end. The Board is not currently planning to sell the government bonds that the Bank purchased during the pandemic.

The Board is committed to doing what is necessary to ensure that inflation in Australia returns to target over time. This will require a further lift in interest rates over the period ahead. The Board will continue to closely monitor the incoming information and evolving balance of risks as it determines the timing and extent of future interest rate increases.