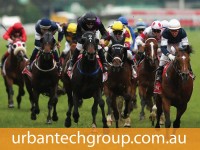 The global economy is expanding at a moderate pace, with some further softening in conditions in the Asian region, continuing US growth and a recovery in Europe. Key commodity prices are much lower than a year ago, in part reflecting increased supply, including from Australia. Australia’s terms of trade are falling.

The Federal Reserve is expected to start increasing its policy rate over the period ahead, but some other major central banks are continuing to ease monetary policy. Volatility in financial markets has abated somewhat for the moment. While credit costs for some emerging market countries remain higher than a year ago, global financial conditions overall remain very accommodative.

In Australia, the available information suggests that moderate expansion in the economy continues. While GDP growth has been somewhat below longer-term averages for some time, business surveys suggest a gradual improvement in conditions over the past year. This has been accompanied by somewhat stronger growth in employment and a steady rate of unemployment.

Inflation is low and should remain so, with the economy likely to have a degree of spare capacity for some time yet. Inflation is forecast to be consistent with the target over the next one to two years, but a little lower than earlier expected.

In such circumstances, monetary policy needs to be accommodative. Low interest rates are acting to support borrowing and spending. While the recent changes to some lending rates for housing will reduce this support slightly, overall conditions are still quite accommodative. Credit growth has increased a little over recent months, with growth in lending to investors in the housing market easing slightly while that for owner-occupiers appears to be picking up. Dwelling prices continue to rise in Melbourne and Sydney, though the pace of growth has moderated of late. Growth in dwelling prices has remained mostly subdued in other cities. Supervisory measures are helping to contain risks that may arise from the housing market.

In other asset markets, prices for commercial property have been supported by lower long-term interest rates, while equity prices have moved in parallel with developments in global markets. The Australian dollar is adjusting to the significant declines in key commodity prices.

At today’s meeting the Board judged that the prospects for an improvement in economic conditions had firmed a little over recent months and that leaving the cash rate unchanged was appropriate at this meeting. Members also observed that the outlook for inflation may afford scope for further easing of policy, should that be appropriate to lend support to demand. The Board will continue to assess the outlook, and hence whether the current stance of policy will most effectively foster sustainable growth and inflation consistent with the target.