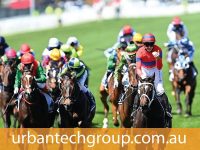 At its meeting today, the Board decided to: maintain the cash rate target at 10 basis points and the interest rate on Exchange Settlement balances at zero per cent; continue to purchase government securities at the rate of $4 billion a week until at least mid February 2022; discontinue the target of 10 basis points for the April 2024 Australian Government bond.

The Australian economy is recovering after the interruption caused by the Delta outbreak. As vaccination rates increase even further and restrictions are eased, the economy is expected to bounce back relatively quickly. The central forecast is for GDP growth of 3 per cent over 2021 and 5½ per cent and 2½ per cent over the following two years. One important source of uncertainty continues to be the possibility of a further setback on the health front.

The Delta outbreak caused hours worked in Australia to fall sharply, but a bounce-back is now underway. The Bank’s business liaison and the data on job ads suggest that many firms are now hiring, which will boost employment over coming months. The central forecast is for the unemployment rate to trend lower over the next couple of years, reaching 4¼ per cent at the end of 2022 and 4 per cent at the end of 2023.

Inflation has picked up, but in underlying terms is still low, at 2.1 per cent. The headline CPI inflation rate is 3 per cent and is being affected by higher petrol prices, higher prices for newly constructed homes and the disruptions in global supply chains. A further, but only gradual, pick-up in underlying inflation is expected. The central forecast is for underlying inflation of around 2¼ per cent over 2021 and 2022 and 2½ per cent over 2023. Wages growth is expected to pick up gradually as the labour market tightens, with the Wage Price Index forecast to increase by 2½ per cent over 2022 and 3 per cent over 2023. The main uncertainties relate to the persistence of the current disruptions to global supply chains and the behaviour of wages at the lowest unemployment rate in decades.

Housing prices are continuing to rise in most markets and housing credit growth has picked up due to stronger demand for credit by both owner-occupiers and investors. The Bank welcomes APRA’s recent decision to increase the interest rate serviceability buffer on home loans. It is important that lending standards are maintained at a time of historically low interest rates.

Financial conditions in Australia remain highly accommodative, with most lending rates at record lows. Bond yields have increased recently and bond market volatility has also risen significantly. The exchange rate has appreciated a little, but remains within the range of the past year.

The decision to discontinue the yield target reflects the improvement in the economy and the earlier-than-expected progress towards the inflation target. Given that other market interest rates have moved in response to the increased likelihood of higher inflation and lower unemployment, the effectiveness of the yield target in holding down the general structure of interest rates in Australia has diminished.

The Board is committed to maintaining highly supportive monetary conditions to achieve a return to full employment in Australia and inflation consistent with the target. While inflation has picked up, it remains low in underlying terms. Inflation pressures are also less than they are in many other countries, not least because of the only modest wages growth in Australia.

The Board will not increase the cash rate until actual inflation is sustainably within the 2 to 3 per cent target range. This will require the labour market to be tight enough to generate wages growth that is materially higher than it is currently. This is likely to take some time. The Board is prepared to be patient, with the central forecast being for underlying inflation to be no higher than 2½ per cent at the end of 2023 and for only a gradual increase in wages growth.