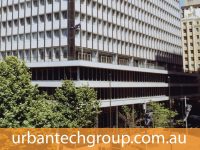 At its meeting today, the Board decided to; maintain the cash rate target at 10 basis points and the interest rate on Exchange Settlement balances at zero per cent; maintain the target of 10 basis points for the April 2024 Australian Government bond; continue to purchase government securities at the rate of $4 billion a week until at least mid February 2022.

The Delta outbreak has interrupted the recovery of the Australian economy and GDP is expected to have declined materially in the September quarter. The outbreak is affecting many parts of the economy, but the impact is uneven, with some areas facing very difficult conditions while others are continuing to grow strongly.

This setback to the economic expansion in Australia is expected to be only temporary. As vaccination rates increase further and restrictions are eased, the economy is expected to bounce back. Many businesses are now planning for the easing of restrictions and confidence has held up reasonably well. There is, however, uncertainty about the timing and pace of the bounce-back and it is likely to be slower than that earlier in the year. Much will depend on the nature and timing of the easing of restrictions on activity. In our central scenario, the economy will be growing again in the December quarter and is expected to be back around its pre-Delta path in the second half of next year.

The restrictions on activity have had a significant effect on the labour market. Hours worked – the best indicator of labour market conditions at the moment – declined by nearly 4 per cent in August. Looking forward, the Bank’s business liaison and data on job vacancies suggest that many firms are seeking to hire workers ahead of the expected reopening in October and November.

Wage and price pressures remain subdued in Australia. In underlying terms, inflation is running at around 1¾ per cent and wages, as measured by the Wage Price Index, are increasing at just 1.7 per cent. While disruptions to global supply chains are affecting the prices of some goods, the impact of this on the overall rate of inflation remains limited.

Housing prices are continuing to rise, although turnover in some markets has declined following the virus outbreak. Housing credit growth has picked up due to stronger demand for credit by both owner-occupiers and investors. The Council of Financial Regulators has been discussing the medium-term risks to macroeconomic stability of rapid credit growth at a time of historically low interest rates. In this environment, it is important that lending standards are maintained and that loan serviceability buffers are appropriate.

The Bank’s package of policies – including record low interest rates, the bond purchase program, the yield target and the funding provided under the Term Funding Facility – is providing substantial and ongoing support to the Australian economy. Borrowing rates are at record lows, sovereign bond yields are at very low levels and the exchange rate has depreciated over recent months. The fiscal responses by the Australian Government and the state and territory governments have also been providing welcome assistance in supporting household and business balance sheets.

The Board is committed to maintaining highly supportive monetary conditions to achieve a return to full employment in Australia and inflation consistent with the target. It will not increase the cash rate until actual inflation is sustainably within the 2 to 3 per cent target range. The central scenario for the economy is that this condition will not be met before 2024. Meeting this condition will require the labour market to be tight enough to generate wages growth that is materially higher than it is currently.