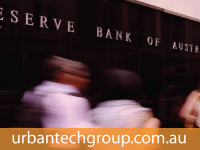 At its meeting today, the Board decided to maintain the targets for the cash rate and the yield on 3-year Australian Government bonds of 25 basis points. It also decided to increase the size of the Term Funding Facility and make the facility available for longer.

Under the expanded Term Funding Facility, authorised deposit-taking institutions (ADIs) will have access to additional funding, equivalent to 2 per cent of their outstanding credit, at a fixed rate of 25 basis points for three years. ADIs will be able to draw on this extra funding up until the end of June 2021. This extension will ensure that all ADIs continue to have access to the Term Funding Facility after the end of September, when the window for drawings under the initial allowance of 3 per cent of outstanding credit closes. Additional allowances associated with an ADI’s growth of business credit will now also be available until the end of June 2021. Further details are provided in the accompanying notice.

To date, ADIs have drawn $52 billion under the Term Funding Facility and further drawings are expected over coming weeks. Today’s change brings the total amount available under this facility to around $200 billion. This will help keep interest rates low for borrowers and support the provision of credit by providing ADIs greater confidence about continued access to low-cost funding.

The Term Funding Facility and the other elements of the Bank’s mid-March package are helping to support the Australian economy. There is a very high level of liquidity in the Australian financial system and borrowing rates are at historical lows. Government bond markets are functioning normally, alongside a significant increase in issuance. Over the past month, the Bank bought a further $10 billion of Australian Government Securities (AGS) in support of its 3-year yield target of 25 basis points. Since March, the Bank has bought a total of $61 billion of government securities. Further purchases will be undertaken as necessary. The yield target will remain in place until progress is being made towards the goals for full employment and inflation.

Globally, an uneven economic recovery is under way after a very severe contraction in the first half of 2020. The future path of that recovery is highly dependent on containment of the virus. High or rising infection rates have seen a recent loss of growth momentum in some economies. By contrast, in China, economic growth has been relatively strong. In financial markets, volatility is low and the prices of many assets have risen substantially despite the high level of uncertainty about the economic outlook. Bond yields remain at historically low levels. The US dollar has depreciated against most currencies over recent months. Given this and higher commodity prices, the Australian dollar has appreciated, to be around its highest level in nearly two years.

In Australia, the economy is going through a very difficult period and is experiencing the biggest contraction since the 1930s. As difficult as this is, the downturn is not as severe as earlier expected and a recovery is now under way in most of Australia. This recovery is, however, likely to be both uneven and bumpy, with the coronavirus outbreak in Victoria having a major effect on the Victorian economy.

Employment increased in June and July, although unemployment and underemployment remain high. The virus outbreak in Victoria and subdued growth in aggregate demand more broadly mean that it is likely to be some months before a meaningful recovery in the labour market is under way. In the Bank’s central scenario, the unemployment rate rises to around 10 per cent later in 2020 and then declines gradually to be to still around 7 per cent in two years’ time.

Wage and prices pressures remain subdued and this is likely to continue for some time. Inflation is expected to average between 1 and 1½ per cent over the next couple of years.

The economy is being supported by the substantial, coordinated and unprecedented policy easing over the past six months. Fiscal policy is playing an important role. Public sector balance sheets in Australia are in good shape, which allows for continued support. Indeed, fiscal and monetary support will be required for some time given the outlook for the economy and the prospect of high unemployment. In addition, support for the recovery is being provided by Australia’s financial institutions, which also have strong balance sheets and access to high levels of liquidity.

The Board is committed to do what it can to support jobs, incomes and businesses in Australia. Its actions, including today’s extension of the Term Funding Facility, are keeping funding costs low and assisting with the supply of credit to households and businesses. The Board will maintain highly accommodative settings as long as is required and continues to consider how further monetary measures could support the recovery. It will not increase the cash rate target until progress is being made towards full employment and it is confident that inflation will be sustainably within the 2–3 per cent target band.