We just got news that one of our lenders has slashed their 2 year fixed interest rate to 4.79%!

What could this mean for you?

Before we jump into the numbers let first touch on the difference between fixed and variable rate loans.

A variable interest rate loan is a loan in which the interest rate charged on the outstanding balance varies as market interest rates change [which changes as the RBA alter the cash rate]. As a result, your payments will vary as well.

Fixed interest rate loans are loans in which the interest rate charged on the loan will remain fixed for the chosen fixed term [most commonly a 1, 2, 3 or 5 year period] no matter what market interest rates do. This will result in your payments being the same over the entire fixed rate term. A split loan is simply any combination of a fixed and variable interest rate loan, where a part of the loan gets fixed while the remainder of the loan stats at the variable rate.

Interestingly studies have found that over time, borrowers are likely to pay less interest overall with a variable rate loan versus a fixed rate loan. 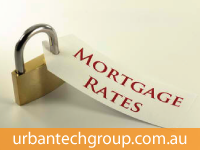 Let’s not forget that the banks are in the business of making money!

In most cases when rates are falling banks will price their fixed rates loans slightly below that of their variable rate loans.

For example, let’s say variable rates are 7.00% and the banks believe that a 1.00% cut in the cash rate is likely over the coming 12-18 months, then they might set their 2 year fixed rate at 6.35%. If their predictions come true and the variable rate reduces to 6.00% they benefit from having borrowers locked in at the higher fixed rate of 6.35% for 2 years.

Should I fix my rates?

So if you are thinking about fixing you’re your home and/or investment loans the question you need to ponder is; “How much further will/can the cash rate fall?”

If you read the paper or keep up with the latest news online you’ll know that most economists are predicting the RBA will reduce the cash rate by a further 0.50% to 0.75% this year.  So let’s look at some numbers…

The average basic variable rate across the big four banks is currently 5.79%, whereas the best 2 year fixed rate at the moment is 4.79% [note: most of the banks recently cut their 2 year fixed interest rates to 4.99%].

So if the cash rate dropped by a further 0.75% and the banks passed on the full rate reduction [which they don’t seem to do these days] their variable rate loans would be priced at 5.04%, still some 0.24% higher than today’s best 2 year fixed interest rate of 4.79% and a fraction higher than their own 2 year fixed rate of 4.99%.

Based on this simple analysis there does seem to be a case for changing over from a variable rate loan to a 1 or 2 year fixed rate loan in today’s current environment. 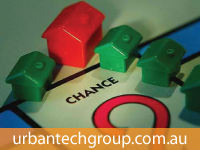 Fixing interest rates is a bit like taking a punt. To win you need interest rates to stay steady or to go up, however the risk is that if rates go down you will end up paying more interest on your loans than would otherwise be necessary.

It’s crystal ball stuff and ultimately no one can predict the future, not even the best educated and trained economists – after all 99% of the world’s economists never saw the GFC coming!

If you fixed your rates today at 4.79% the cash rate would have to drop to the unprecedented low of 1.75% and stay at the level for at least 12 months for you to lose any of the benefit of fixing. While such a low cash rate sounds unlikely anything is possible, particularly in a time of global financial instability.

Is betting on interest rates really worth it?

It’s up to you. As your trusted advisor we are happy to discuss all of your options but ultimately the decision to fix or not must rest with you. If you think interest rates can’t go much lower then locking in a rate of 4.79% for 2 years makes financial sense. If you think that rates could and will go lower then perhaps you’re better off keeping all of your loans at the best possible variable rate [at a LVR of 75% or less you can get variable rates as cheap as 5.38%].

If you’re not sure but you like the idea of paying an interest rate of only 4.79% then perhaps you should consider fixing only 50% of your loan/s [ie. a split loan]. That way if the cash rate comes crashing down half of your loan will get cheaper, likewise if rates began to climb then the fixed rate portion of your will stay locked in at the cheaper rate. In other words, you get half the benefit if rates go down and half the benefit if rates go up.

Keep in mind this is only a general discussion and you always need to take into account your overall circumstances before making a decision.

For example, some fixed rate loans don’t allow you to pay extra fund into your loan account or they limit the amount you can pay off extra each year. So if you’re focused on paying down your loan as quickly as possible and are likely to make big lump sum payments throughout the year then fixing your loan might not be a good idea.

It’s also not advisable to take out a fixed rate loan if there is a strong chance that you will need to pay off the loan in full during the fixed rate period [ie. if you are going to be selling the property] because if interest rates do go down further you can be up for some very large home loan break costs.

Hopefully this has given you some food for thought and helped you to better consider whether fixed interest rate loans are right for you. If you would like to discuss things further please don’t hesitate to contact us on 08 8451 1500.

PS. Here’s a short video we made from this post;

What do you think?