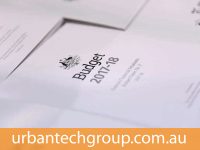 Housing was a hot button topic for the current federal budget, so it’s no surprise there were a raft of changes for real estate.

The new measures have impacted on a variety of housing rules from first-home buyers’ savings strategies to what investors can claim at tax-time.

We’ve compiled a summary of all the important changes you should know about;

Investors will lose $800m worth of tax benefits after changes were announced to negative gearing and depreciation in Tuesday’s federal budget.

Whilst negative gearing remains available to landlords, rules are being tightened around what can be claimed, specifically related to travel expenses and depreciation deductions.

Under the new rules, which will come into effect from July 1, depreciation deductions for plant and equipment items [such as dryers, curtains and ceiling fans] will only be allowed if the investor actually bought them.

In the past, investors were able to claim deductions for all plant and equipment items in the property at the time of acquiring the asset, according to each item’s effective life.

It is intended to address concerns that items are being claimed as tax write-offs by successive investors in excess of their actual value.

This new ‘integrity measure’ is expected to help the ATO retain $260 million over the next four years.

The changes will apply to any property purchased after budget night [Tuesday May 9], while existing investments will be grandfathered [ie. exempt from the change].

In another blow to investors’ returns, a new negative gearing restriction has been introduced in relation to travel expenses.

As of July 1 2017, investors will no longer be able to claim tax deductions for travel expenses related to inspecting, maintaining or collecting rent for a residential rental property.

Introduced in an effort to ‘address concerns that many taxpayers have been claiming travel deductions without correctly apportioning costs, or have claimed travel costs that were for private travel purposes’, this change is set to save the government around $540 million over the next four years.

Saving a deposit is the toughest challenge for first-home buyers and the federal government has promised to provide a helping hand with a new savings initiative worth $250 million.

The First Home Super Saver Scheme will allow entry-level buyers to save funds at a discounted tax rate by making additional contributions to their superannuation.

These additional contributions, and earnings made on them, would then be able to be withdrawn to be used as a home deposit.

Given the more favourable tax treatment of superannuation contributions, this provides an incentive for first-home buyers to save – any concessional contributions and earnings withdrawn will be taxed at the marginal tax rate, less a 30 per cent offset.

For couples, both individuals can take advantage of the scheme.

Federal budget documents released on Tuesday indicate that it will “enable first home buyers to build savings more quickly for a deposit”.

But there is a limit on how much can be contributed and withdrawn, with first-home buyers able to contribute up to $15,000 a year and $30,000 in total, within existing caps.

Depending on the rate of earnings, $60,000 withdrawn between a couple would roughly pay for the stamp duty on a home priced at Sydney’s $1.15 million median house price.

The government has allocated $9.4 million to the Australian Taxation Office to help introduce the measure.

The basic details of such a scheme were heavily debated before the budget, and it was supported by affordability-lobby First Home Buyers Association of Australia co-founders Daniel Cohen and Taj Singh.

It was the preferred option over the more contentious proposal to allow first-home buyers to dip straight into their superannuation accounts for a deposit, as opposed to providing additional contributions.

A previous First Home Savers Account scheme was scrapped due to a lack of uptake from young home buyers, but there were some notable differences.

It required potential home buyers to keep their savings locked in the accounts for several years and, should they then not access the funds to buy a home, the money was redirected to their superannuation accounts for access on retirement.

The scheme also required first timers to set up a special account with a financial institution. The revamped version avoids the requirement for any additional account.

Retirees given $300,000 incentive to downsize

Retirees holding onto their family homes have been given a $300,000 incentive to sell under a federal budget plan to encourage older property owners to downsize.

Home owners aged 65 and over selling a home they have lived in for 10 or more years will be able to make a non-concessional contribution of up to $300,000 into their superannuation from the proceeds of the sale.

Both members of a couple are allowed to take advantage of this measure for the same home.

The aim of this incentive is to reduce the barrier to downsizing for the baby boomer generation, many of whom are living in homes with extra bedrooms and sizable maintenance costs.

If these downsizers sell, it would free up larger homes and housing stock for younger families upgrading into more suitable real estate.

Encouraging baby boomers to move into more suitable housing has long been a heated discussion point in the affordability debate.  But it would mean downsizers would be required to find new homes to move into – be it a tree or sea-change, or follow the more recent trend to buy an inner-city bolthole.

Typically, older home owners have been reluctant to sell for both sentimental and financial reasons. Often selling property is costly and funds left over after buying a smaller home could then be considered in the means test.

For those whose homes have grown in value significantly over the past 10 years this can prove a hurdle.

The new incentive is in addition to concessions already permitted and will be exempt from the age test, work test and $1.6 million balance test.

Foreign investors are also facing a tax crackdown under the budget package. As of Tuesday’s budget, foreign and temporary tax residents will no longer be exempt from a capital gains tax when selling their main residence in Australia.

Foreign property buyers will be hit with increased taxes and charges of more than $600m over the next four years in a government-led effort to reduce housing affordability pressures.

The biggest blow for offshore property buyers will be the change to their capital gains made on property and their strategy of holding properties without occupying them.

As of Tuesday’s budget, foreign and temporary tax residents will no longer be exempt from capital gains tax when selling their main residence in Australia.

Existing properties held prior to this date will be grandfathered until 30 June 2019.

The withholding rate on capital gains tax that foreigners must settle when they sell property will increase to 12.5% from 10% beginning on 1 July.

Currently, the withholding tax is only taken when a foreigner sells a property worth $2m or more. However, under the government’s new regime, it will now apply to the sale of properties worth $750,000 or more, widening the pool for revenue collection.

All of these changes in capital gains are estimated to add $600m into government coffers over the next four years.

Mirroring the Victorian Labor government’s new impositions on foreign buyers, Treasurer Scott Morrison also introduced a charge [to the tune of $5,000] on foreign owners of residential property when their property is unoccupied or isn’t genuinely available on the rental market for at least six months per year.

This measure is intended to encourage foreign owners of residential property to make their properties available for rent where they are not used as a residence and so increase the number of dwellings available for Australians to live in.

The new charge went into effect following Tuesday night’s budget, and will be levied annually.

Under the new budget rules, developers will no longer be able to sell every property in their new development to overseas buyers.

Instead, a maximum of half [50%] of the development can be sold to foreign buyers with the rest to be sold locally.

The budget documents note this is to provide a “clear message” that new housing stock is expected to increase supply for Australian buyers.

Before this change developers required pre-approval to sell properties to foreign buyers but there was no limit on the proportion of sales.

First-home buyers will be able to voluntarily contribute up to $15,000 per year ($30,000 total) to their superannuation to be set aside for a house deposit, at a cost of $250 million over four years.

Elderly Australians (65+) will be able to contribute up to $300,000 from house sale proceeds to their super at the non-concessional rate from 1 July 2018, at a cost of $30 million over four years.

Businesses with a turnover of up to $10 million will continue to be able to write off up to $20,000 in assets without depreciation until 30 June 2018.

New 6 basis point levy on the four major banks (plus Macquarie Bank), bringing in $6.2 billion over the next four years.

‘One stop shop’ for banking complaints

A new regulatory body – the Australian Financial Complaints Authority – that will aim to be an affordable, fast and binding dispute resolution service for consumers, small businesses and investors, replacing three existing regulators

Two new measures to restrict the availability of deductions with respect to depreciation deduction and travel expenses, expecting to save $800 million over the forward estimates.

Vacant property penalty will apply to foreign-owned properties vacant for more than six months of the year, resulting in $16.3 million in savings through to 2020-21.

Capital gains tax will be denied to foreign and temporary tax residents for properties bought after budget night, with existing properties grandfathered until 2019-20, with an expected saving of $581 million in the next four years.

A 50% cap on foreign ownership in new developments, at no forecast cost or revenue.