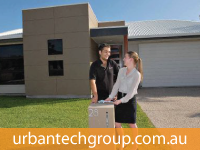 The global economy is likely to record growth a little below trend this year, before picking up next year. Among the major regions, the United States continues on a path of moderate expansion and China’s growth is running at a more sustainable, but still robust, pace. Japan has announced significant new policy initiatives aimed at strengthening demand and ending deflation. The euro area remains in recession. Commodity prices have moderated a little in recent months though they remain high by historical standards.

Growth in Australia was close to trend in 2012 overall, but was a bit below trend in the second half of the year, and this appears to have continued into 2013. Employment has continued to grow but more slowly than the labour force, so that the rate of unemployment has increased a little, though it remains relatively low.

With the peak in the level of resources sector investment likely to occur this year, there is scope for other areas of demand to grow more strongly over the next couple of years. There has been a strengthening in consumption and a modest firming in dwelling investment, and prospects are for some increase in business investment outside the resources sector over the next year. Exports of raw materials are increasing as increased capacity comes on stream. These developments, some of which have been assisted by the reductions in interest rates that began 18 months ago, will all be helpful in sustaining growth.

Recent data on prices confirm that inflation is consistent with the target and, if anything, a little lower than expected. The CPI rose by 2½ per cent over the past year, and measures of underlying inflation gave a broadly similar outcome. These results have been pushed up a little by the impact of the carbon price. Growth of labour costs has moderated slightly over recent quarters while productivity growth appears to be improving. This should help to lessen increases in prices for non-tradables. The Bank’s forecast remains that inflation over the next one to two years will be consistent with the target.

Over recent meetings, the Board has noted that interest rates have already been reduced substantially, with borrowing rates approaching previous lows, and that the effects of this on the economy are continuing to emerge. Savers have been changing their portfolios towards assets with higher expected returns, asset values have risen and some interest-sensitive areas of spending have increased.

The exchange rate, on the other hand, has been little changed at a historically high level over the past 18 months, which is unusual given the decline in export prices and interest rates during that time. Moreover, the demand for credit remains, at this point, relatively subdued.

The Board has previously noted that the inflation outlook would afford scope to ease further, should that be necessary to support demand. At today’s meeting the Board decided to use some of that scope. It judged that a further decline in the cash rate was appropriate to encourage sustainable growth in the economy, consistent with achieving the inflation target.