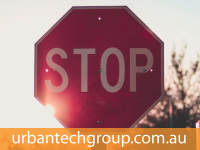 Taking a short-term break from paying off your mortgage isn’t a new idea, but as the bite of the COVID-19 pandemic grips harder and harder, more Australians are applying to do so. With the RBA’s cash rate held at a record low of 0.25%, what are the implications of pushing pause on your repayments?

In some ways, you could say April’s decision just came a little early. The RBA made an out-of-cycle decision to drop the cash rate to 0.25% during an emergency March 19 meeting, and have held it there since. And after the May decision to hold, there’s been a lot of talk about this being the ‘new normal’ – at least for now.

So, with the Reserve Bank taking a break from cutting the interest rate, is it time for you to take a six-month break from your mortgage if your income has been hit by COVID-19? The ‘big four’ banks have led the way in offering the option, but there’s a number of things you need to consider before you make the choice.

In March, all members of the Australian Banking Association offered small business customers the option of a reprieve from loan repayments. And in response, the Big Four banks offered the same to home loan customers impacted financially by COVID-19.

Other lenders have followed suit, with varying conditions and eligibility requirements. But in most cases, if you have lost your job or income as a result of COVID-19 you should qualify.

So, how does it work?

Taking a ‘mortgage holiday’ – as this process is sometimes called – means your lender puts your home loan repayments on hold for up to six months, with a review of the situation after three.

According to ‘big four’ bank NAB, one of their home loan customers with a typical Australian home loan of $400,000, taking a ‘mortgage holiday’ would mean having access to an additional $11,006 over six months – or $1,834 per month.

“These changes offer our home loan customers the option to fix their rate at our lowest rate ever, or pause payments to help ease financial pressures,” NAB CEO Ross McEwan said when announcing his bank’s policy on the pause in late March.

And these changes are proving invaluable at a time when many are working less, or finding themselves stood down or unemployed. But hitting pause does come at a cost down the track – making the choice to take a mortgage break doesn’t mean things just stop.

What does it mean for my repayments?

While you’re not required to make any repayments to the bank during the time you take a mortgage break, the principal loan amount will still accrue interest each month, adding to your outstanding loan balance.

Let’s look at the example of a $400,000 loan. Yes, taking that “mortgage holiday” would free up almost $2,000 a month in additional income for you and your family. But – according to RateCity research – taking a six-month break could leave you spending an extra $17,000 over the life of the loan.

“Hitting pause does come at a cost down the track – making the choice to take a mortgage break doesn’t mean things just stop.”

Taking a break means your repayment amounts will be higher at the end of the freeze period, or you may need to make them more frequently. And if you’re an investor who rents out the place you’re paying off, rather than living there, the financial pressure could be compounded by a lack of rental income during that freeze period too.

But – despite those extra costs – it also pays to remember that we’re in the lowest-interest rate environment in Australian history.

If you have a loan that matches the current rates offered by banks, that additional six months of interest could seem less of a burden than keeping up with repayments during this difficult period.

And if you’re still paying an interest rate closer to the standard of a year or two ago, now might be the right time to consider refinancing.

Credit, where credit’s due

There’s some other good news regarding ‘mortgage holidays’ taken now, too. Previously, any missed repayment would be noted on your credit report, potentially having an impact on your ability to borrow in the near future.

But ARCA, the Australian Retail Credit Association – who represent the majority of lenders across Australia, have said these rules don’t apply in the current situation.

“We’ve surveyed most of the significant lenders in the market as well as the small fintechs, and everyone who responded said they’ll either keep reporting customers are up to date with their repayments or cease reporting for those accounts which have put repayments on pause,” ARCA CEO Mike Laing told Business Insider in early April.

“No customers with a mainstream lender will be reported as having missed repayments.”

If you’re still working, or haven’t been affected by the economic fallout of COVID-19 to the level of needing to take a mortgage break, there are other options.

As we mentioned earlier, it may pay to refinance in this record low-rate environment, while some lenders are offering customers the opportunity to switch to interest-only repayments – instead of stopping repayments entirely.

And many smaller lenders and neo-banks are requesting their home loans customers contact them directly, if they’re under financial stress due to COVID-19.

If you want to know more about your options, and the impact of taking a mortgage break in relation to your personal situation and circumstances, speak to a qualified mortgage broker today.