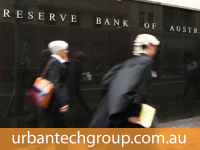 At its meeting today, the Board decided to: retain the April 2024 bond as the bond for the yield target and retain the target of 10 basis points;  continue purchasing government bonds after the completion of the current bond purchase program in early September. These purchases will be at the rate of $4 billion a week until at least mid November;  maintain the cash rate target at 10 basis points and the interest rate on Exchange Settlement balances of zero per cent.

These measures will provide the continuing monetary support that the economy needs as it transitions from the recovery phase to the expansion phase. The Board is committed to achieving the goals of full employment and inflation consistent with the target. Today’s decisions, together with those taken previously, have the economy on a path to achieve those objectives.

The economic recovery in Australia is stronger than earlier expected and is forecast to continue. The outlook for investment has improved and household and business balance sheets are generally in good shape. National income is also being supported by the high prices for commodity exports. Domestic financial conditions are very supportive and the exchange rate has depreciated a little recently. One near-term uncertainty is the effect of the recent virus outbreaks and the lockdowns. But the experience to date has been that once outbreaks are contained and restrictions are eased, the economy bounces back quickly.

The labour market has continued to recover faster than expected. The unemployment rate declined further to 5.1 per cent in May and more Australians have jobs than before the pandemic. There has also been a welcome decline in underemployment and labour force participation is around record highs. Job vacancies are high and more firms are reporting shortages of labour, particularly in areas affected by the closure of Australia’s international borders.

Despite the strong recovery in jobs and reports of labour shortages, inflation and wage outcomes remain subdued. While a pick-up in inflation and wages growth is expected, it is likely to be only gradual and modest. In the central scenario, inflation in underlying terms is expected to be 1½ per cent over 2021 and 2 per cent by mid 2023. In the short term, CPI inflation is expected to rise temporarily to about 3½ per cent over the year to the June quarter because of the reversal of some COVID-19-related price reductions a year ago.

Maintaining the target of 10 basis points for the April 2024 bond will continue to keep interest rates low at the short end of the yield curve and support low funding costs in Australia. The yield on this bond is consistent with the target and the RBA remains prepared to operate in the market to achieve the target.

The bond purchase program is playing an important role in supporting the Australian economy. The Bank will continue to purchase bonds given that we remain some distance from the inflation and employment objectives. However, the Board is responding to the stronger-than-expected economic recovery and the improved outlook by adjusting the weekly amount purchased. It will conduct a further review in November, allowing the Board to respond to the state of the economy at that time.

The final draw-downs under the Term Funding Facility were made in late June. In total, $188 billion has been drawn down under this facility, which has contributed to the Australian banking system being highly liquid. Given that the facility is providing low-cost fixed-rate funding for 3 years, it will continue to support low borrowing costs until mid 2024.

Housing markets have continued to strengthen, with prices rising in all major markets. Housing credit growth has picked up, with strong demand from owner-occupiers, including first-home buyers. There has also been increased borrowing by investors. Given the environment of rising housing prices and low interest rates, the Bank will be monitoring trends in housing borrowing carefully and it is important that lending standards are maintained.

The Board remains committed to maintaining highly supportive monetary conditions to support a return to full employment in Australia and inflation consistent with the target. It will not increase the cash rate until actual inflation is sustainably within the 2 to 3 per cent target range. The Bank’s central scenario for the economy is that this condition will not be met before 2024. Meeting it will require the labour market to be tight enough to generate wages growth that is materially higher than it is currently.