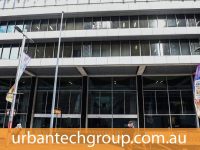 The global economy is experiencing a severe contraction as countries seek to contain the coronavirus. Even though the worst of this contraction has now passed, the outlook remains highly uncertain. The recovery is expected to be only gradual and its shape is dependent on containment of the virus. While infection rates have declined in some countries, they are still very high and rising in others. International trade remains weak, although there has been a strong recovery in industrial activity in China over recent months.

Globally, conditions in financial markets remain accommodative. Volatility has declined and there have been large raisings of both debt and equity. The prices of many assets have risen substantially despite the high level of uncertainty about the economic outlook. Bond yields remain at historically low levels.

The Bank’s mid-March package of support for the Australian economy is working as expected. There is a very high level of liquidity in the Australian financial system and borrowing rates are at historical lows. Authorised deposit-taking institutions are continuing to draw on the Term Funding Facility, with total drawings to date of around $29 billion. Further use of this facility is expected over coming months.

Government bond markets are functioning normally alongside a significant increase in issuance. The yield on 3-year Australian Government Securities (AGS) has been consistent with the target of around 25 basis points. The yield has, however, been a little higher than 25 basis points over recent weeks. Given this, tomorrow the Bank will purchase AGS in the secondary market to ensure that the yield on 3-year bonds remains consistent with the target. Further purchases will be undertaken as necessary. The yield target will remain in place until progress is being made towards the goals for full employment and inflation.

The Australian economy is going through a very difficult period and is experiencing the biggest contraction since the 1930s. As difficult as this is, the downturn is not as severe as earlier expected and a recovery is now underway in most of Australia. This recovery is, however, likely to be both uneven and bumpy, with the coronavirus outbreak in Victoria having a major effect on the Victorian economy. Given the uncertainties about the overall outlook, the Board considered a range of scenarios at its meeting. In the baseline scenario, output falls by 6 per cent over 2020 and then grows by 5 per cent over the following year. In this scenario, the unemployment rate rises to around 10 per cent later in 2020 due to further job losses in Victoria and more people elsewhere in Australia looking for jobs. Over the following couple of years, the unemployment rate is expected to decline gradually to around 7 per cent.

The Board also considered other scenarios. A stronger recovery is possible if progress is made in containing the virus in the near future. This progress would support an improvement in confidence and a less cautious approach by households and businesses to their spending. On the other hand, if Australia and other countries were to experience further widespread lockdowns, the recovery in both output and the labour market would be delayed. Details on these scenarios will be provided in the Statement on Monetary Policy on 7 August.

In each of the scenarios considered by the Board, inflation remains below 2 per cent over the next couple of years. In the most recent quarter, CPI inflation fell to –0.3 per cent in year-ended terms, reflecting lower oil prices and the effects of various policy measures, including the decisions to make child care and some pre-school free for a period. Inflation is expected to return to positive territory in the current quarter. Beyond that, given the ongoing spare capacity in the economy, inflation is expected to average between 1 and 1½ per cent over the next couple of years.

As Australians deal with the coronavirus, the economy is being supported by the substantial, coordinated and unprecedented easing of fiscal and monetary policy. The Australian Government’s recent announcement that various income support measures will be extended is a welcome development and will support aggregate demand. It is likely that fiscal and monetary stimulus will be required for some time given the outlook for the economy and the labour market.

The Board is committed to do what it can to support jobs, incomes and businesses in Australia. Its actions are keeping funding costs low and assisting with the supply of credit to households and businesses. This accommodative approach will be maintained as long as it is required. The Board will not increase the cash rate target until progress is being made towards full employment and it is confident that inflation will be sustainably within the 2–3 per cent target band.